The 2014 Tour will include dates in countries not visited during the 2013 leg and will be a much shorter run than is usual for a Maiden tour. Manager Rod Smallwood explains,

“The Maiden England 2013 Tour was incredibly well received everywhere and there is much demand from fans to see more and for the band to visit some places in Europe we couldn’t make it to this year so we thought we should play a few more shows. However this will be a relatively short tour in Maiden terms, starting towards the end of May and finishing at Sonisphere, Knebworth in early July. During 2014 we have something new we need to start thinking about, and on which we will be wholly and firmly focused going into 2015 and beyond!

As all our fans know, Maiden England is Part 3 in the History Trilogy of the 1980s video/DVD releases so this is likely to be the last time we will tour with a set list based on the ‘80s, and therefore the last time fans will EVER hear some of these songs played live.  With this in mind, for the 2014 dates we plan to change the set list around a little, to make it more equally representative of the whole of the ‘80s period covered by those three DVDs – Early Days, Live After Death and of course Maiden England, along with one notable exception from the 90’s, the fans will know which song I’m talking about!” 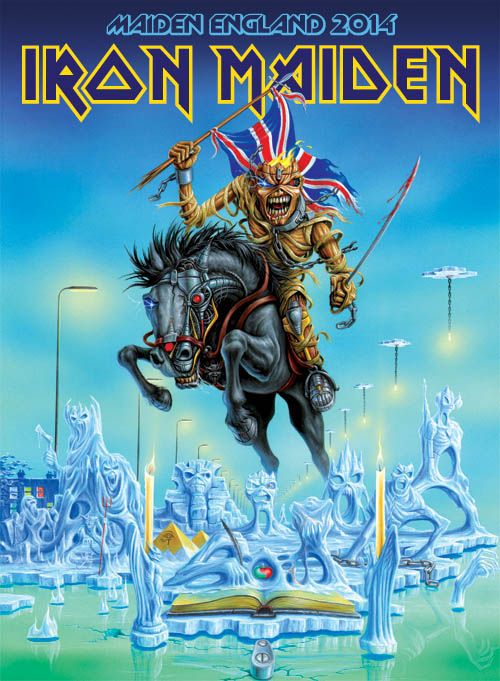